A double-great grandniece of 19th century cattleman and trail builder Charlie Goodnight, Veryl Goodnight’s love of animals and love of American frontier history comes naturally.  Veryl began sculpting horses of snow as a small child and by the time she reached the fourth grade her childhood home was filled with drawings and paintings of horses.

During her career Veryl has created over 200 bronze sculptures and 20 life-size or larger monuments, in addition to innumerable paintings. Her work is remarkable for a level of detail that is only possible by working from life. using living, breathing models.  Veryl wrote “Working from life was initially an excuse to be outdoors and near the horses, birds, and many other animals that shared my life.  The reality, however, is that having a living, breathing model nearby not only provides information that a thousand photos couldn’t convey, it keeps me excited.

Veryl, a licensed wildlife rehabilitator, has had no shortage of live models to work from. When she first met her husband, Roger Brooks, Veryl shared her home with seven horses, a border collie, a pygmy goat and a prairie dog.  Perhaps the most remarkable of Veryl and Roger’s non-human companions was a bison named Charlie, whose life was documented in R.D. Rosen’s book A Buffalo in the House.

Among Charlie’s housemates was a Jack Russell Terrier named Mickey. Veryl blames Mickey for infecting her with the dog mushing virus. A typical JRT, Mickey never realized he was a small dog, and as a jest aimed at her professional musher friends Rick and Kate St. Onge, Veryl harnessed little Mickey to a kick sled to race a special 1 mile class in the Mancos (Colorado) Mush. Of course the one-dog team won both first place and red lantern.

Veryl obtained her first Alaskan Husky from the St. Onge kennel, followed by two more from the same litter. The St. Onge’s also loaned Veryl a semi-retired leader named Shadow, an old pro who taught musher and team how to work together. With little Mickey as cheerleader in the basket, Veryl’s team literally carried her headlong into the world of dog-mushing. In the process she has suffered a concussion, a black eye and countless bruises learning to drive a dog team. Her first venture into sled dog art was a sculpture of two of her St. Onge dogs free-running, which she named “Born to Run.”

The genre of American Frontier Art is all about history – historical people, historical wilderness, historical animals and the interactions of all three. As Veryl researched dog mushing history to incorporate her new passion into her art she contacted me seeking information. A lively exchange of information, historical documentation and ideas has resulted in a friendship that we both cherish. When I invited Veryl to a March dog-mushing visit she convinced her husband, Roger Brooks, to come along, and convinced me to dress in my finest late 19th century gear for a photo session. I’m not sure which of us was more difficult to convince.

The photo session of my Stardancer Historical Sled Dogs team in action has already resulted in the paintings March on the Mail Trail and Questioning the Delay. It also convinced me that Veryl and Roger would provide the perfect home for one of my Hedlund Husky ‘pupsickles’ from an artificial insemination breeding between my bitch Chetan and Linda Newman’s dog, Phoenix.

The Hedlund Husky is a line of traditional Alaskan sled dogs developed by Rose and Nels Hedlund in the 1940s. Rose was Dena’ina Athabascan Indian and Nels was Yupik Eskimo. Both grew up working with sled dogs. At only 13 years of age Rose drove an 11 dog team, trained her own leaders, and designed her own harnesses. At 16 years of age Nels had the mail run from Bethel to Aniak, running as many as 19 dogs at a time hauling up to 1/2 ton of mail and cargo.

After their marriage, Rose and Nels Hedlund lived a traditional subsistence lifestyle in Chekok and Pedro on Lake Illiamna. For many years they made their living off the land by trapping, hunting and fishing. Their first team consisted of only 3 rangy gray dogs so remarkable that people remembered and talked of them as long as 25 years later. Through careful breeding that included the introduction of purebred Siberian Huskies as well as other Alaskan indigenous dogs, they developed a line that was noted to be unusually versatile. Hedlund Huskies are capable of hauling heavy freight, traveling long distance and competing reasonably well in races.  Hedlund huskies helped pull Joe May to victory in the 1980 Iditarod.

Though Hedlund Huskies are rare today, those that remain are very similar in appearance to descriptions of historical sled dogs recorded by 18th and 19th century fur traders and arctic explorers.  Veryl’s Hedlund dog, named Hardy, is an excellent example of the line. As a yearling Hardy made his modeling debut in the painting “An Honest Dog.”

Last winter Veryl visited Linda Newman’s To Points Unknown kennel near Hovland, Minnesota. To Points Unknown offers dog mushing tours and training classes, and is home to the largest concentration of Hedlund Huskies in the world.  Linda, her husband Neil, and their two dog handlers willingly dressed in period clothing and harnessed their traditional sled dogs for three days of photo sessions on their own trails. Dashing ahead on a snow machine to picturesque points on the trail, Veryl photographed the teams in various historical situations, then dashed ahead to repeat the process.

Veryl captured more than 1500 photographs during that visit. Her painting “North Woods Journey” depicts a hard working historical team making it’s way to virtually any destination where snow covers the ground most of the winter.

Of the 1500 photographs from the Minnesota visit perhaps the most inspiring was captured by Linda rather than Veryl. It was a candid snapshop of handler Lian Law sharing a timeless moment of mutual love and respect with lead dog Arrow. Veryl has immortalized that magical moment by pairing a painting and bronze sculpture named “Village Kinship”. The pairing was introduced at the prestigious Quest for the West art show at the The Eiteljorg Museum of American Indians and Western Art .  In her artist’s statement, Veryl wrote “I sought to portray the spiritual relationship between man and dog in a land where the very existence of humans was dependent on their dogs.”

Until recently, images of women and of sled dogs were conspicuously absent in frontier themed art. Today Veryl Goodnight’s depictions of sled dogs in oil paint and bronze are introducing a vast new audience to the history of  dog mushing. One would be hard pressed to find a better representative to make that introduction.

The National Cowgirl Museum and Hall of Fame in Fort Worth, Texas honors and documents the lives of notable women of the American West. On October 27th Veryl Goodnight was inducted into the Cowgirl Hall of Fame, joining such notables as Georgia O’Keeffe, Annie Oakley, Dale Evans, Temple Grandin and Sandra Day O’Conner.  Those of us who love sled dogs and want to see them recognized for the roles they have played in history are thrilled that an artist of Veryl’s stature shares our mission. 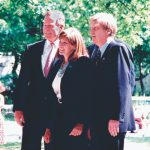