Sled dogs and their drivers have played major roles in the history of America for more than 12,000 years from the Arctic to as far South as the San Juan Mountains of Colorado. The first documented mail pulled by dog team was in 1778 near Lake Superior and the last was in 1963 – almost 200 years later.  In spite of technological advances, dog teams remained indispensable during the frenzied years of Polar Exploration and again during both World War I and World War II. The snow machine, however, almost caused their disappearance, when the the sport of racing saved their heritage. In the past five decades, sled dogs have evolved into smaller, shorter coated dogs, that can run longer distances at higher speeds while pulling loads in severe weather conditions. The “Alaskan Husky” is arguably the greatest athlete in the world. I am very proud to own three of these remarkable dogs.

Email about “Born to Run” 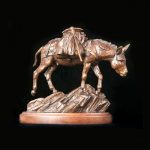 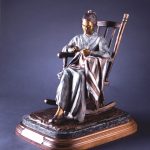